At first glance, Auschwitz is not what you expect. You’re so used to seeing those chilling, horrific, black and white images of the camp, it’s almost a surprise when everything doesn’t shift to bleak monochrome the moment you arrive. Instead, it actually looks quite beguiling, Butlins dressed up in barbed wire. The sky is a brilliant blue, silver birches line the avenues between the red-brick barracks, and it’s flooded by camera-happy travelers in brightly-coloured clothing. It’s almost impossible to reconcile what happened here with present-day reality when the site is so dominated by coach-trip tourism: at lunch I overhear a British guest uttering the familiar, ‘we must never let this happen again’ line, before moving on and complaining about the coffee she’d just been served, all without missing a beat. 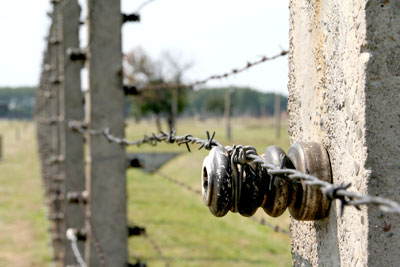 It’s only inside the barracks that you really get a flavour of the Nazi brutality – the vast cabinets full of human hair and empty suitcases and discarded children’s shoes; or the grim pictures of emaciated twins, victims of Mengele’s grotesque experiments in human fertility; or the corridor lined with thousands of individual portraits of prisoners, each given two dates: deportation, death. 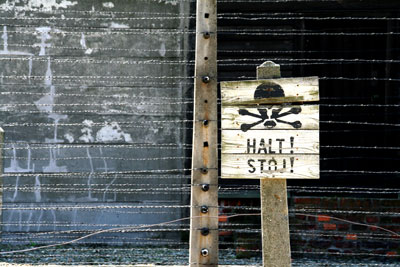 After lunch we’re driven a couple of kilometres to Birkenau, where the Nazis ramped up the killing as the Allies drew closer. I talk to our guide, a nice Polish lady with a soft, sad face, who tells me she’s been showing tourists round the camp for seventeen years. Originally she found working at Auschwitz hard to cope with, and now forces herself to stop thinking about the dayjob when going home to her children. It’s not that she’s become inured to what happened here, but it does probably explain why she delivers the appalling story with all the detached formality of an air-hostess revealing the location of the emergency exits. It’s the only way to cope.