In lieu of writing an incredibly witty entry, I’ve uploaded some photos to Flickr. First up are a few snaps from last year’s trip to Berlin, most of which provide a snapshot of life at the Stasi Museum and the HohenschÃ¶nhausen Memorial, better known as the Stasi Prison. My whistlestop tour of European misery continued at Auschwitz, before I jetted off to Beograd in Serbia, where I spent a few lazy hours before heading south to the music festival at Guca for a long weekend of binge-drinking, Macedonian choirs, boa constrictors, entire cows on spits, and red-hot gypsy brass. 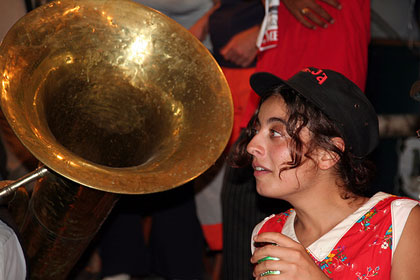 ← Paris, literally in the spring
Noooooodles →