Today I purchased a pork pie from The Ginger Pig, one of London’s premier meat boutiques, the kind of old-fashioned place where the produce is well-loved and very much part of the family. You’d like a cut of Daisy, Sir? Certainly, no problem. Lovely temperament, she had – was almost sorry to slaughter her. Tastes great, too.

Normally I wouldn’t write about such a mundane act, but at five pounds a pop I thought I’d better document the pie’s demise in detail. The picture below shows the produce carefully wrapped for transport. This technique, although outwardly primitive, will keep the contents fresh for up to two days when utilised in conjunction with a dependable refridgerator. 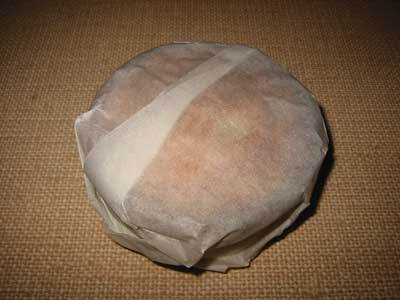 Our next image shows the pie sans wrapping. Please note the traditional pastry cracking and colour, a lovely set of golden-red hues, bringing to mind an African safari sunset or the parched floor of the Kyzyl-Kum Desert in Central Asia. 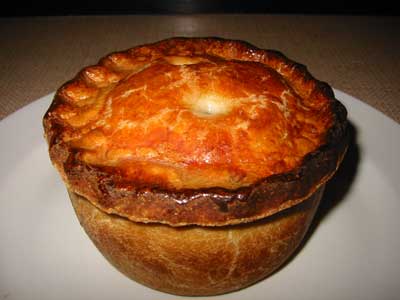 The next step is to cut the pie. Tradition dictates that I choose a serious blade for the job, in this case a 10-inch cook’s knife made by Gustav Emil Ern at the world-famous steel works in Solingen, Germany. You’ll notice the smoothness of the laceration made in the image below, a picture also demonstrating the meat suspended in the traditional transparent pie liniment, or jelly. This feature was added to the recipe during the latter part of the 18th Century, when stock was used to fill up any airholes created during the baking process, extending the shelf-life of the pie whilst retaining the succulence of its nectareous cargo. 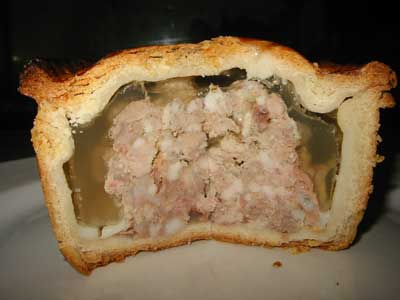 I don’t really think I’m ready for this jelly, but I get stuck in all the same. It’s scrumptious, of course, the opulent pig-flesh tempered with a hint of anchovy essence, oganic bacon brawling for predominance with sage, thyme and ground mace. It’s quite delicious, a meticulously fused riot of herb and spice, gastronomic alchemy in a grease-proof paper wrapper.

And then it’s gone. 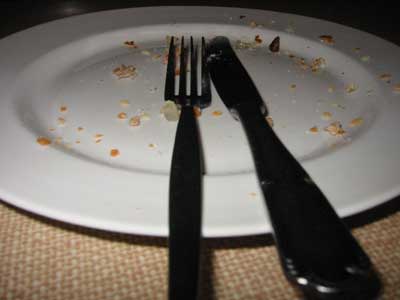 If anyone wants me to review their food, please get in touch. Especially restaurants. Or pretty ladies.