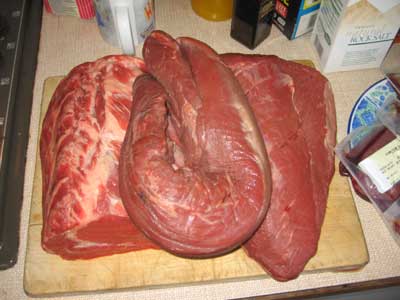 Yesterday I held my annual BBQ. This year’s menu was as follows: 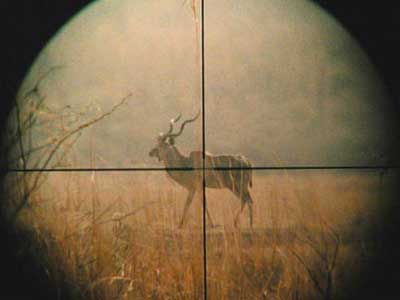 All very nice too, except for the egg & bacon ice cream, which I forgot to remove from the freezer, and thus remains untasted and untested. While the safari selection of meats proved popular, most controversy was reserved for the Locust stir-fry, which polarised opinion like no other dish. These crunchy creatures were cooked in a little sesame oil with spring onion, diced green pepper, dates, orange juice and honey. Quite delicious, in my opinion, although they do take a fair bit of chewing. 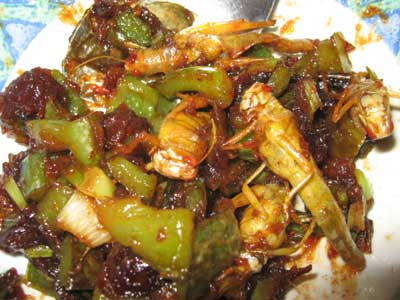 I obtained my locusts (and the other unusual meats) from Osgrow, an excellent Bristol-based exotic meat consortium. They deliver anywhere in the UK, and are recommended. Most of the meat came from South Africa, but I like to think they could be sourcing their produce from Bristol Zoo, sneaking into the compound after hours armed with little more than a crossbow and a hunter’s cunning, stalking and slaying their prey to order before the zookeepers turn up for morning feed.

On the downside, one unfortunate side-affect of all this recent culinary experimentation is that people have started to view anything I make with great suspicion. At one point I handed someone a small jug of salad dressing, and they responded by looking at me with trepidation and asking what it contained, as if otter urine or breast milk were probable constituents.

Hmmm. Otter urine. I wonder if you can buy that online…