I was racking my brain in order to come up with an innovative and useful reviewing tool for this year’s Tapestry Festival, and eventually settled on a suitably western ‘Good/Bad/Ugly’ judging criteria. Originally this was going to take the form of a venn diagram, as one band might be as good as another, but a lot uglier, and this subtle difference could be made quite clear. But in the end I couldn’t be bothered, so you’ll have to make do with a simple list.

As you can see, Circulus appear in two lists. This is because although their unique fusion of medieval English folk music and 60s psychedelia is a dandy proposition in theory, the fact that they’ve neglected to write any halfway decent tunes counts again them. Bad. And ugly. And embarrassing, if I’m honest. But I didn’t have a column for that. Or dogshite.

Anyhow, the weekend was a great success, despite almost constant rain and sub-arctic temperatures at night. There’s a much fuller write-up of the weekend at Wendywire (including a rare photograph of yours truly wearing my trusty stetson), while here at blogjam you’ll just have to settle for a single picture. 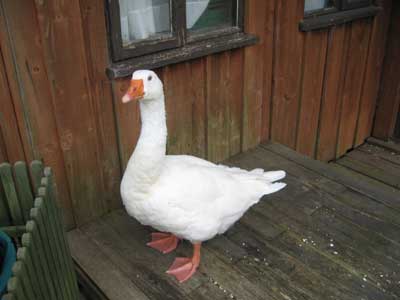 Stuff with prunes, roast at 180ºC, serves many.