Outside the Kimilsungia-Kimjonglia Exhibition Hall, home to Pyongyang’s spectacular annual flower exhibition, there’s a gift shop (wherever you go, there’s always a gift shop). This one sells the usual DPRK faire: seeds, ginseng, motorbike parts, postcards, that sort of thing… and it also sells computers. There’s a gleaming, unpriced Mac G5 sitting in the corner, while several PCs clutter up the counter-space. Unusually, a couple of them are priced in tourist currency (in this case $US, although the euro is more commonly seen) and North Korean won, suggesting that there’s a bustling local trade in used computers. 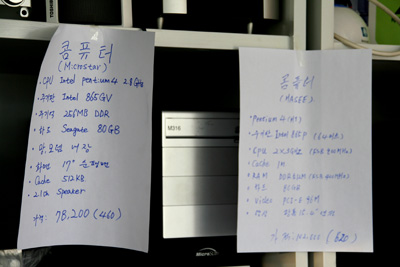 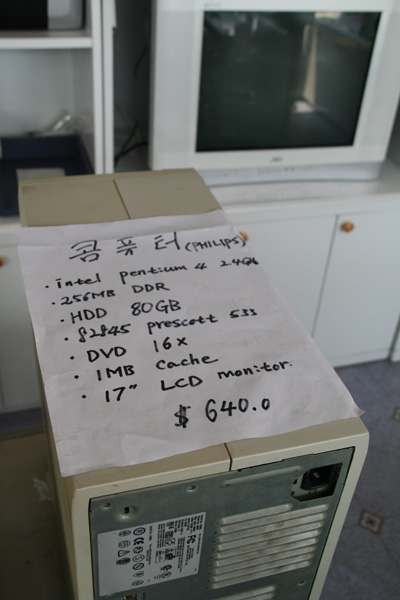 On my flight from Shenyang to Pyongyang, I sat behind several rows of young North Koreans, Kim badges shining proudly on their lapels. Three of them were also wearing iPods. And if they have mp3 players, you figure they have access to computers. Perhaps they bought them at a flower exhibition.